Well, the rainforest that currently is the Midwest delayed my flight to St. Louis until about 10 last night. If I had just continued to drive down to StL, I would have arrived at about the same time. Alas, no worries. I found a way to pass the time in the airport: 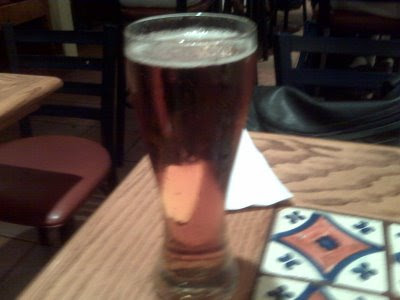 But then it got good. I finally arrived at my hotel at about midnight. I got checked in and was in my room looking for an outlet to charge my phone and computer. I started by moving the end tables to see if there was an outlet on the wall behind them. Unfortunately, I found no outlet. Even more unfortunate was what I found under the endtable as I slid it away: 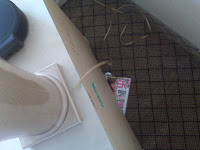 But then it got even better! This morning went down to the lobby to find some coffee and ran into the same guy that checked me in last night. He started telling me about the area and mentioned that there's an amphitheatre down the road that has a concert tonight. (I went to school in StL so I have actually been to this concert venue, but I let the guy continue on his 10 minute virtual tour of the greater StL area)

Who's playing? None other than JOURNEY, HEART, AND CHEAP TRICK. Where are they staying? In my hotel. I'll be honest, folks. If an "opportunity" in the form of a backstage pass presents itself at some point today, I may have to pass on the marathon tomorrow.

Okay, gotta go, people. I need to brush up on my "Behind the Music" episodes for my 3 new favorite bands.

ps: Weather report for tomorrow: There's a flood warning for the Missouri River at St. Charles (pretty much exactly where I'll be running), and it's looking like an 80% chance of heavy rain tomorrow. Anyone have an inside contact with my 3 favorite bands? Marcy?!

Goodness, you must have a four leaf clover in your back pocket!