I wrote an article for local paper regarding my run at Marquette.

This race was very rewarding.  I put in a solid block of training after Devil's Lake, and at Marquette it came to fruition.  I even had to strategically RACE after being passed twice in the first 13 miles.

I can't wait to go back.


Two years ago, Eric Mathes was kind enough to write a column in this paper about my recent running accomplishments.  I had just won the Marquette Trail 50k in the Upper Peninsula.  I returned to that same race the last two years, and it has quickly become one of my favorites, if not my absolute favorite trail race and course.
Last month I ran the race once again and was fortunate enough to win once again, this time in the fastest time I have run in there in the 3 years I've participated.  When asked at the office about my running, similar subjects come up often.  So, I'd like to address the "3 Most Common Questions I Get Asked About My Crazy Running Habit":

1.  Why?
I often hear, "I don't even like to DRIVE that far!" when I share that I have run races as long as 50 miles.  The short answer to this question is..."It's complicated."
I have always been competitive and thrived on sports.  After leaving college and entering chiropractic school, it became more difficult to find those competitive escapes in terms of rec leagues or other "pick-up" games of basketball, football, etc.  I also told my sister, Kathy, that someday I wanted to run a marathon with her.  We ended up signing up for the 2004 Chicago Marathon and finished in 5:15.  From that moment, I began to wonder...could I break 5 hours?  4 hours?  Could I run a time fast enough to qualify for the Boston Marathon?
And, so it began.  I found competition among myself and the clock.  I also found competition in terms of how far I could go.  I eventually discovered the Ice Age Trail in the Kettle Moraine, and fell in love with being out in the woods.  So, "Why?"  I guess it's because I have found a passion for it, and what the world needs is more people who find passion for something in their life.
2.  What Do You Think About?
If I'm simply out on a run, I'm thinking about all kinds of things.  I never listen to music.  Occasionally I'll listen to a podcast.  But most of the time, I'm just thinking about my day.  What do I have to get done?  Any big issues need to be addressed?  What stress is bothering me?
It may be difficult to understand, but when all you have to hear is your feet touching the ground and your breath going in and out, it brings clarity to that space between your ears.  Things often are much clearer when you've applied some physical fatigue to your body.
Now, if I'm in a race, my mindset is different.  The Marquette 50k took me 4 hours and 40 minutes to finish.  That entire time, my mindset is alternating between 'taking inventory' on how I am feeling at that moment physically.  Do I need to take in more water?  Do I have enough calories?  Any cramps starting to show up?  Any sore spots (or, worse, chafing) starting to show up?  While racing, I'm also keeping an eye on the other runners.  This is about competition and it's a race, after all!  At Marquette, I began the race in the lead and actually was passed on two seperate occasions.  When that happened, I need to try and figure out if the runner who passed me will be able to maintain that pace.  Are they running too fast too early?  Are there strengths, where the runner is faster on the flat parts, or perhaps is better at running uphill?
At Marquette, I passed both of these runners back at different times, and eventually took the lead for good at Mile 18.  Once in the lead, I focused on running the remaining miles as fast as my body would allow without "blowing up" and having to walk a lot of the course...and perhaps getting passed back by another runner.
3. Do You Eat?
If I am running for less than 3 hours, it's not likely I would eat or drink anything besides water.  I actually don't normally take in a whole lot of food in longer races, either (races 31-50 miles long).  At Marquette, I took in about 800 calories of sports drink, with some sips of Ginger Ale or Coca Cola in the last 5 miles of the race.  Why Ginger Ale and Coke?  I'm not sure why--it's probably the sugar content--but it just hits the spot when I'm tired and running low on energy.  Two hours before the race, I normally take in about 300 calories of carbohydrates, fats, and proteins mixed together.  I use this to kind of 'top off the tank' so to speak.
So, there you have it.  "3 Most Common Questions I Get Asked About My Crazy Running Habit".  I very thankful to have a supported wife and family, and I try to do the majority of my training when my kids are asleep (in fact, I ran last night--9/6/16--for an hour in the rain at 8:15 pm and again this morning at 5:15 am) so that I can maximize my time with them.
As I mentioned earlier, find something that lights a fire in you!  If it's running, or some other form of exercise, I'd love to help you make sure you're feeding that fire in a way that's sustainable and healthy.  If you have any more questions, don't hesitate to contact the office...
Happy Trails! 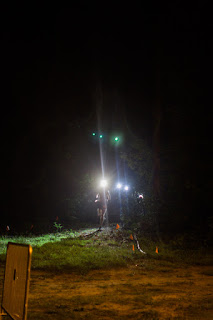 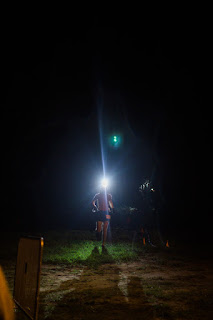 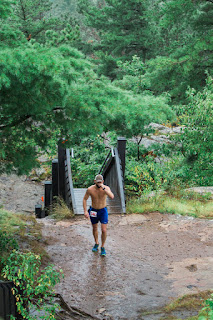 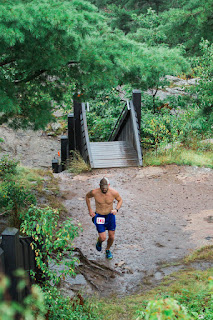 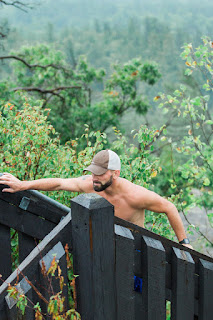 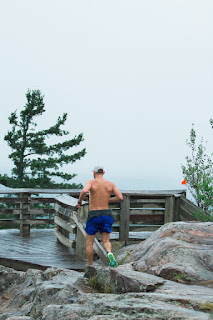